The Business of Skiing: Epic and Ikon Pass 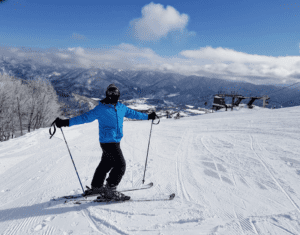 The Epic and Ikon pass have ushered in the “renaissance” of North American skiing.

Broomfield-based Vail Resorts revolutionized American skiing in 2008 with the introduction of a season pass good at company-owned resorts with privileges at “partner” resorts.  The pass known as the Epic Pass made it easier and cheaper for skiers and snowboarders to traverse multiple resorts in a season.

A merger between KSL Capital Partners and the owners of Aspen-Snowmass created Denver based rival, Alterra Mountain Company, which countered Epic with its own Ikon Pass.

Collectively, these passes have transformed and revolutionized the business of skiing.  Retired president of Steamboat Ski & Resort Co., Chris Diamond in his new book “Ski Inc. 2020” argues that Epic and Ikon have been a blessing for the industry and for consumers with the net effect of driving up skier numbers after years of flat growth.  Colorado skiers and snowboarders who purchase Epic or Ikon passes now think not only about skiing a number of resorts in-state but at resorts across the United States and even foreign countries.

Together, the pair is changing the ski business and growing the industry.  Skier visits typically range between 50 and 60 million skier days per year.  When you look at the number of people buying these passes and how happy they are with the variety they can now experience, it brings a whole new level of energy to skiing and riding.

The new level of energy in the ski business creates inspiration for consumers.  The energy that sparks getting outside and learning how to ski.  The motivation to get better at skiing as well as boosting the incentive to invite friends and family to enjoy the fun.

Historically, there have been a number of regional passes available in the Colorado ride/ski market giving inexpensive opportunities for consumers to enjoy the sport.  Over the past few decades, pass popularity has grown and shifted to where the pass is now the brand rather than a particular ski area.

After the Ikon pass was introduced last ski season, a new competitive race between the Epic pass and Ikon pass began.  The rivalry is fueling major capital improvements, terrain advancements and territory expansions that otherwise would not be feasible.

In a dramatic upset, Arapahoe Basin opened first this season in early October just hours after Keystone announced they would be the first ski resort in North American to open the next day.  On the other side of Summit County, Breckenridge announced they will be open until Memorial Day weekend.

The Epic and Ikon passes have truly transformed the ski/ride experience throughout the United States.  Consumers cannot get enough of the features and benefits provided.