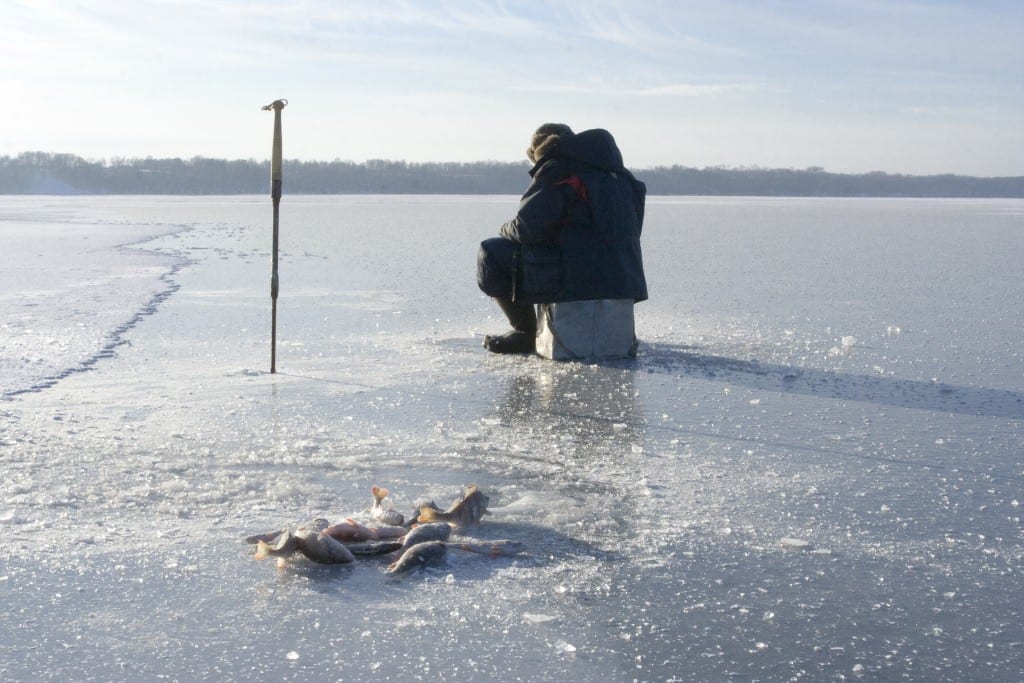 Parks and Wildlife biologists have been releasing large populations of Arctic char into the Dillon Reservoir every year since 1990.  Originally introduced to control overproducing the opossum shrimp population, studies have shown that the cold water fish is not only swimming to lower depths to eat the shrimp, but the species has also maintained a natural reproduction cycle in the new environment.

The Dillon Reservoir is subject to strict regulations and nutrient standards as it holds Denver’s largest single water supply source.  This specific ecosystem is not recognized for nourishing the growth of large fish and in 1970 the opossum shrimp were introduced as a primary food source to bulk up the salmon and trout.  Due to water currents, the fish fed during the day and the shrimp fought for zooplankton during the night creating an unwanted shortage of food and an excess amount of opossum shrimp.  Arctic char have proven to benefit by doing much of the opposite.

Lake Dillon is one of two locations in the lower 48 that houses the Arctic char, a popular trophy fish amongst fisherman nationwide.  Last summer, officials announced that the char population had reached critical mass and that the future growth within the reservoir could promote the location as a very popular fishery.

As a local initiative, the Parks and Wildlife Department has lowered the bag limit for anglers to just one fish per day with a minimum weight of 20 pounds.  The rule allows more time for the fish to spawn multiple times before they are caught for food or sport.  The Arctic char fishing regulations are expected to be lifted in just five years.  With such high numbers of trout and salmon, visiting anglers should not be deterred by the new Arctic char regulations and tourism is not predicted to suffer any negative consequences!  Instead, Summit County looks forward to excelling within the fishing industry and to reoccurring visits from anglers worldwide!