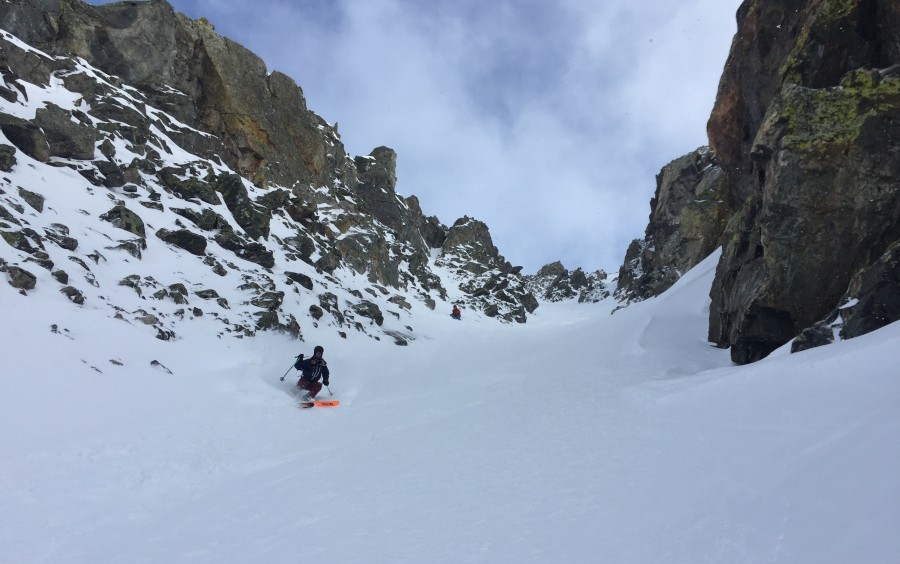 Much like during the 1960’s, when seal skins were used to provide traction on the bottom of skis to help propel a hearty athlete uphill, skiers and snowboarders today are conquering vertical climbs to access consistently steep, deep, powdery runs. Unlike 50 years ago, however, the popularity of the sport as well as the number or advanced gear options and avalanche courses available has increased ten-fold.

The usually private runs of Summit’s backcountry are most commonly accessed by split board, skins, snowshoes, and snowmobiles. The zones and possibilities in our region are endless, with a season that extends long after the resorts close. Naysayers can check out the local grocer in May, June, or even July with the guarantee of finding at least one person in full snow gear.

Enthusiasm for backcountry access is not unique to Summit County, but exists everywhere and anywhere with snow sports. It’s perfect for advanced or expert skiers/snowboarders, adrenaline junkies, and nature enthusiasts. However, it is not something to be taken lightly. Anything could happen in sub-zero temperatures in dead cell phone zones, miles from civilization. So, although this sport has gained a great deal of momentum in recent years, it still requires a great deal of knowledge, skill, and safety gear.

Silverton Mountain, located in the San Juan mountain range next to Durango in Southern Colorado, is perhaps the oldest, most known backcountry resort. With guided, unguided, and heli-ski options, the mountain accommodates 85-475 skiers per day. One chairlift is on site, giving skiers a 2,000-foot vertical advantage to embark on 5-45 minute hikes. Everyone is required to have a beacon, shovel, and probe.

Many developers have tried to enter the ski destination industry, only to be acquired by large corporations soon after opening. Unable to compete with the extensive services and great values of the larger entities, new developers are following Silverton’s footsteps. This is creating a new niche resort market that capitalizes on the growing love for backcountry conditions.

The Cimarron Mountain Club recently opened in Southern Colorado with access to 2,000 acres of backcountry skiing via snowcat. Another development appeared recently in Vermont, the Rochester Area Sports Trail Alliance, in the name of sustainability.

So the big question is: will this niche “resort” make it to Summit’s backcountry?

The possibility is highly unlikely, particularly as 80% of the region’s land is public. Brian Lorch, Director of the Summit County’s Open Space Department has remarked: “the only place it seems practical to me is the Lower Blue down by Green Mountain Reservoir… but a lot of that land is ranch land. It might not be the best for that type of use.”

Of course, nothing is impossible. The county recently celebrated its cooperation with the U.S. Forest Service department to obtain land for the Lake Hill affordable housing development.

However, the possibility of these niche resorts coming to Summit’s backcountry is especially implausible when you consider:

So, at least for now, Summit County’s backcountry enthusiasts can continue to enjoy the solitude of their favorite spots.

Time will tell if these niche resorts continue to appear and to survive. Established ski mountains have caught on to the trend and have begun to provide similar services that compete with these developers. Immediately accessible from Summit County: Wolf Creek, Monarch, and Keystone are providing snowcat rides (for a fee) that bring skiers to the backcountry.