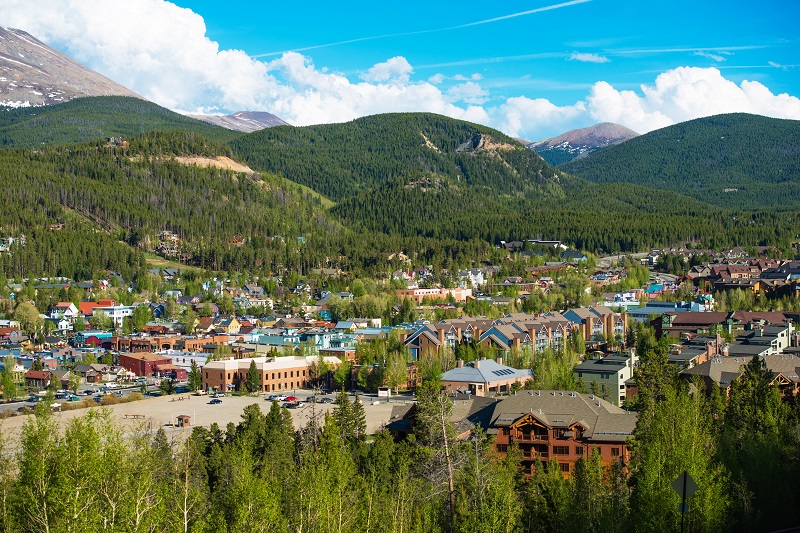 Breckenridge improvements take place year round, and the town is constantly changing to improve the quality and beauty that resides within the mountains.  Many projects are already underway while others are still in the planning process!

Prospector Park was completed last month on the North side of Main Street.  The new park features children’s playground equipment, additional climbing structures and landscaping.  This area is the town’s third park and additions will be added this fall including a sculpture and historic mining exhibit.

The Backstage Theatre is undergoing a series of Breckenridge improvements, including a full remodeling and expansion project.  After the theatre reported to the town that they were selling out of shows, the $2.55 million expansion project began to allow additional seating and room for larger scale productions!  Seating will increase by 30 percent once completed.

The town will begin to install heated sidewalks on Washington, Adams and Jefferson avenues this summer.  Steep, shaded areas will be less hazardous this upcoming winter season as the new sidewalk features will melt frequent build up of snow and ice.

Last month, the Highway 9 roundabout next to the Breckenridge Building Center was completed and the beautification project included installation of three spruce trees ranging from 16 to 25 feet within the center garden.  Another roundabout will be developed soon at the intersection of Four 0’Clock Road and Park Avenue.

In response to one of towns most pressing matters, parking expansions have begun.  The Steven C. West Ice Arena will expand to provide an additional 62 parking spaces by November of this year.  F lot will also face major renovations in the upcoming year with the construction of a multi-level parking structure in downtown Breckenridge.  For more information on the new parking area, visit https://realestateofthesummit.com/multi-level-parking-structure-in-breckenridge/.

Funding for the majority of these town projects comes from the real estate transfer tax collected each year.  The tax collection fluctuates each year and is dependent on the housing market at that time.  This money is used on one-time projects rather than extended Breckenridge improvements.

The town approved close to $5.87 million in spending for Breckenridge improvements during the year of 2015.  In comparison, $5.93 million was approved on capital improvement spending in 2013 and $3.47 million was issued in 2012. The figures from 2014 are still undergoing audit finalizations.