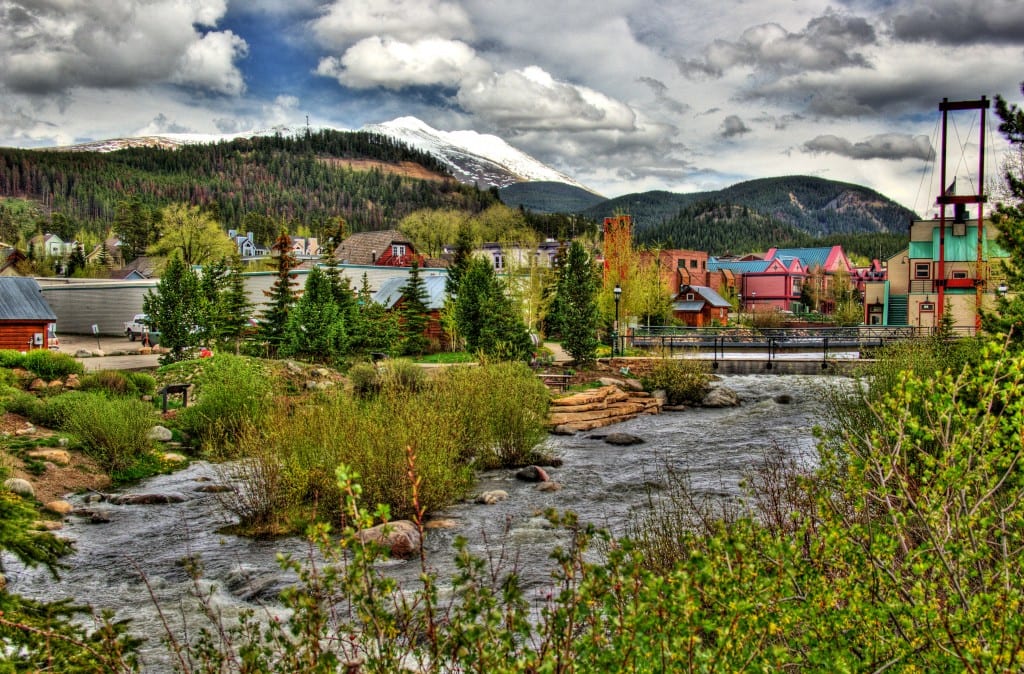 A free gallery opening, featuring Alden Spilman’s photography and art, will celebrate the transformation Breckenridge has undergone in the past fifty years on March 7th at the Old Masonic Hall in Breckenridge, 6 pm.

Local Photographer Alden Spilman first moved to Breckenridge in 1966 when the resort had one peak, horses abounded town, and hoses from the fire department were used in a 4th of July competition to move a keg from one team to the other. He recalls the male to female ratio being about 50 men to 5 women. He taught photography for the Breckenridge Colorado Mountain College before it had a campus. He used water from the Laundromat to develop images and often ruined negatives in the process.

Having seen Breckenridge evolve over the past fifty years, Alden Spilman has known Breckenridge for about a third of the town’s 155-year lifespan. Until the gold miners “discovered” Breckenridge in 1859, Summit County had been inhabited by nomadic Native Americans. Rumor has it the town was named after John Cabell Breckinridge, the vice-president to James Buchanan, who was in office at that time.

Breckenridge has a very rich history, flaunting the largest historic district in Colorado. Stepping onto Main Street for the first time, you might feel like you’ve just stepped on the set for a Hollywood western with its line of “false-fronted” shops. The things that happened here are also much like a western film, with saloons, dance parlors, gold mining, and travel by horseback.

A gold miner in the late 1880’s took home up to $3 for a day’s work and then might stop into what is now the Motherloaded Tavern and pay $1 to dance with a pretty girl. Apparently the ugly girls worked at the brothels and were cheaper than a 25-cent bath. It is rumored that the Brown Hotel (which is currently under construction to become a concert hall, recording studio, and bar) also doubled as a brothel.

The Gold Pan Saloon has the longest standing liquor license west of the Mississippi. During the mining days its floor would be covered in sawdust, which was swept up nightly and sifted through. Sometimes a barkeep would be rewarded with a small shiny speck of gold. “Another one bites the dust” was coined from the tendency for miners to have a a few too many and fall off his bar stool, getting a mouthful of dust.

Mining brought many people into Breckenridge for the first time, particularly after Tom Groves found the largest nugget of gold: a 13-pound bundle named “Tom’s Baby”. Today the local grocer on Ridge Street next to the Post Office has a Tom’s Baby Panini, aptly named after the discovery.

The transformation Breckenridge has undergone in the past fifty years, documented by Stillman, is incredible. Just a few decades ago the sidewalks were wooden, the roads were dirt, there weren’t any traffic lights, and it wouldn’t have been unusual to spot a cowboy tying his horse up on Main Street while he ran into the Bank.

In large part we can thank the introduction of the ski resort in 1961 and the construction of the Eisenhower Tunnel for evolving Breckenridge into the bustling year-round mountain community we experience today. The Tunnel makes Breckenridge easily accessible to Front Range residents who have spent increasing amounts of time here, often investing in second homes so they can get the most of the mountains, avoid traffic, and some enjoy rental income when they aren’t using the space.

The ski resort has expanded significantly since it opened. It has grown from providing access to one peak with two lifts, and $4 lift tickets to a five-peak playground with 34 lifts and 187 groomed trails.

Many of Alden Spilman photographs are displayed around town: at Briar Rose, the Town Hall, the old courthouse, and some private residences. We are lucky that he fell in love with photography at a young age and dedicated his adult life to living here and capturing the town and its surrounding natural landscape.  For more information about Spilman’s time in Breckenridge or about the event, please visit: http://www.summitdaily.com/entertainment/20961046-113/photographer-captures-early-ski-history-in-breckenridge