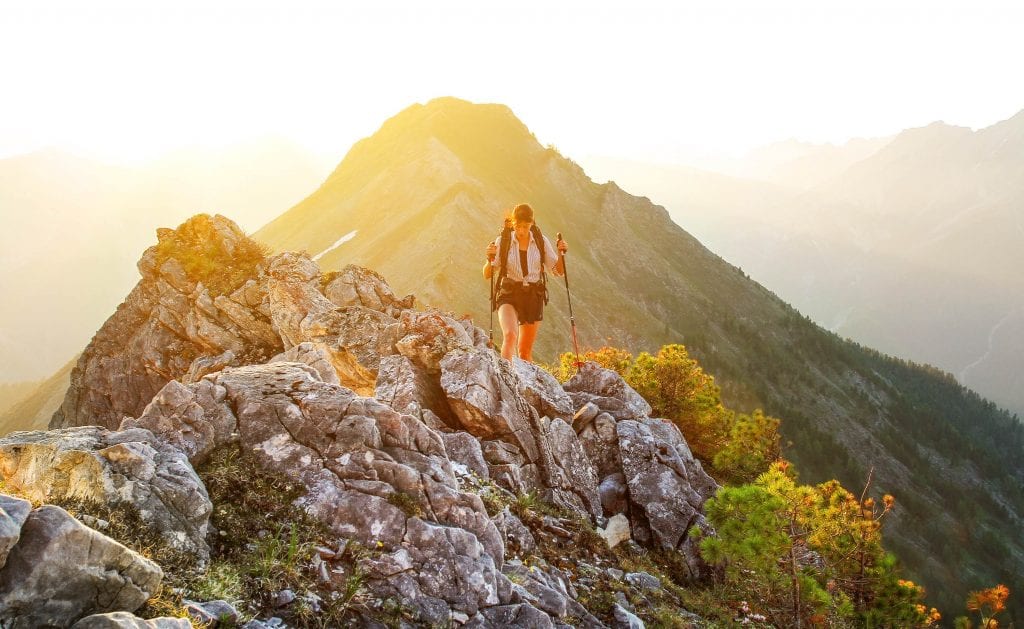 Outdoor recreation in Colorado is boosting state revenues significantly. In July, the Colorado Tourism Office reported that 2015 hosted another record-breaking year with 77.7 million visitors who spent $19.1 billion (and $1.13 in taxes – a huge bonus, as it won’t benefit the tourists who generated those state dollars).

Colorado’s busy season has undoubtedly continued to expand, shrinking “shoulder seasons” and expanding the economic impact of outdoor recreation beyond the ski resort and into the biking, climbing, rafting, and even hiking industries.

Our golden state houses 54 of the nation’s 96 fourteeners (29 of which are in Alaska), making the summit of these 14,000-plus foot peaks a huge draw for visitors.

The Colorado Fourteener Initiative (CMI), a volunteer-based organization, was established in 1994 to protect and preserve the natural integrity of the state’s fourteeners. Its “fourteener report card” was released in 2015, determining the collective need for $24 million in reconstruction/ repair for 39 of Colorado’s tall peaks.

CMI released findings this July that demonstrate what a huge economic impact these peaks have on the state’s economy.  During 2015, a total of 260,000 people and $70.5 million came to Colorado for its fourteeners. CMI has doubled the amount of trail counters this year and predicts next year’s findings will show an even greater correlation between fourteeners and its huge economic impact on Colorado.

The head of the Colorado Outdoor Recreation Industry Office reacted to these results, stating: “fourteeners were never looked at as a significant tourism driver, but with numbers like this, it’s pretty clear.”

With such a long trek, it’s smart to start out early in the morning. As such, many hikers get a hotel close to the trailhead. The three towns of Chaffee County are home to twelve of the state’s fourteeners and saw an increase in overnight spending in 2015 that was nearly double what it was in 2000: jumping from $44.9 million to $82.4 million generated.

Considering this huge economic impact, suddenly the $24 million price tag to repair those 39 trails doesn’t seem quite as steep. Particularly if you consider how much more money could be generated for the state’s economy if each trail could accommodate more hikers.

CMI found that trail conditions aren’t necessarily tied to foot traffic. For instance, the trails that were user-created are likely to deteriorate with just a little increase in foot traffic while a well-constructed trail can host thousands of additional hikers with little wear on its terrain. This points toward the importance of maintaining each trail so that it can continue to accommodate the seemingly growing demand.

Having this news on the forefront of economic conversation in Colorado is a prime example of how Colorado has emerged as a national leader in developing a recreational-based economy. In recent years, the recreation industry has evolved to play a great part in lobbying for land rights and preservation in Colorado. Outdoor recreation has even found its place on Gross Domestic Product reports and with these economic driving statistics, it would be hard to argue otherwise.