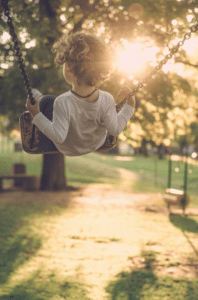 Upgrades are coming to the Frisco neighborhood parks!

The Town of Frisco unanimously passed a new Neighborhood Parks Master Plan.  Opening the door for an estimated $3 million worth of improvements in the next five years.

The Neighborhood Parks Master Plan targets community desires for improvements.  Parks were selected as a result of a comprehensive community outreach process that started last fall.

A combination of online surveys, public meetings, site visits and conceptual design developments by Norris Design have helped prioritize improvements to Walter Byron Park, Meadow Creek Park, Pioneer Park, and Old Town Hall Park.  Rather than completing all of the outlined improvements at one park at a time, the town will most likely mix and match when it jumps into projects within the parks.

The new upgrades at Meadow Creek Park will cost approximately $676,000.  The bulk of upgrades center around efforts to improve safety and optimize use during the winter seasons.  The Neighborhood Parks Master Plan for the park includes reconfiguring parking and landscaping, investing in new playground equipment, installing overhead lighting over the pond, improving ice skating amenities and improving connections to nearby trailheads.

The Pioneer Park plan outlines more than $320,000 in renovations.  Improvements include increasing maintenance on tennis courts, the addition of a new nature play area for kids, and investments in infrastructure to advance signage and drainage among other projects.

Lastly, the plan anticipates nearly $550,000 in upgrades to the Old Town Hall Park.   The plan is to develop Old Town Hall Park to be a more functional plaza space.  The goal is to connect Old Town Hall Park as somewhat of an extension of Frisco Main Street by enhancing amenities including lights and additional seating.  The park will also see the installation of a small stage that could be used as an outdoor classroom and the development of interactive play features for kids.