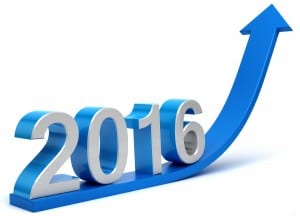 This past ski season saw immense increases in both the number of visitors and the revenues around Colorado. Twenty-one resorts statewide comprise The Colorado Ski Country USA (CSCUSA) organization that recently announced that the number of skier visits for this past season reached an all-time high. With 7.4 million visitors for the 2015-2016 season, the number beat the previous season record holder of 2013-2014 and its 7.1 million visitors.

Vail Resorts is not a part of the CSCUSA and does not disclose resort-specific data. However, it did report a 14% rise in skier visits and an 18% rise in profits company-wide compared to the same time frame during the previous year. The company attributes the significant sales increase to season pass sales, single lift ticket sales, ski school, and dining sales.

The pre-season springtime season pass sale that Vail Resorts offers every May were up by 29% compared to the same sale during 2015. Such a significant increase in pre-season season pass sales is a strong indicator that next winter will be another epic record breaker.

Ski resort sales aren’t the only thing to have reached new all-time high numbers. The county also saw an increase in hotel occupancy consistent with the increase in resort visitors. Hotel occupancy rates rose by 8% for 2015-2016 compared to the previous winter season and revenues increased by 16%.

These statistics are competitive over other western ski resort destinations outside Colorado that saw an 11% increase in visitor occupancy and an 18% increase in total revenue.

Summit County attracted fewer new visitors than these other destinations while generating similar revenue increases. This indicates our communities are offering a great experience at higher prices while simultaneously increasing clientele and demand.

The increase in visitors and revenues for summertime in Summit County has also been increasing by about 10% every year consecutively. Economists predict summer season will soon catch up with the winter, ultimately creating a more stable and consistent economy. Until then, Summit County can expect its revenues and numbers of visitors to continue to reach new all-time high numbers.

With unpredictable and variable weather conditions through May and June, high summer season doesn’t begin until Fourth of July, remaining strong until the end of August with another influx of visitors during the high-foliage months of September and October. However, here we are halfway through June and summer bookings are already outpacing those from 2015 by 8%.