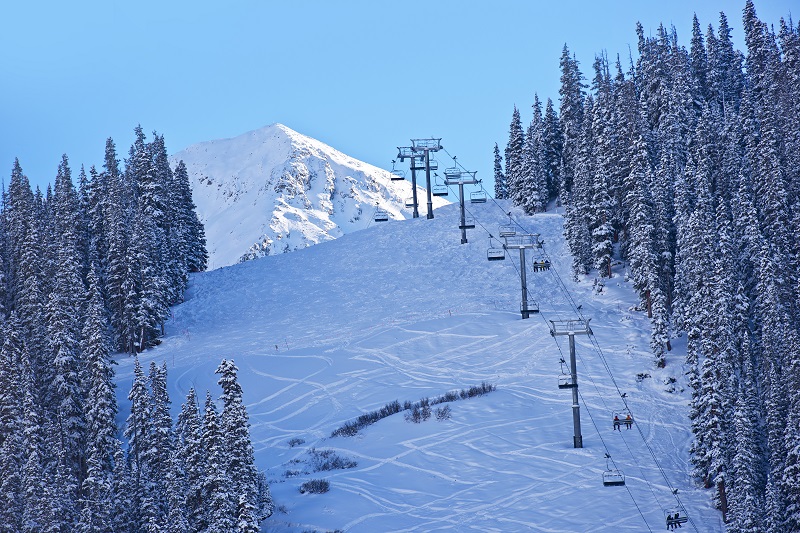 Both ski resorts, Arapahoe Basin and Wolf Creek have developments within their existing boundaries underway.  A $500,000 renovation of the guest services building at Arapahoe Basin is expected to be completed by opening day in October.  An outdoor stage is also being constructed at the resort to house live music.

Future developments at Arapahoe Basin will focus on creating a plaza like feel around the base area with better designated areas for children.  Earlier this year, the ski resort added a $2.3 million kid’s center that is home to both the first aid and ski patrol offices as well.

“It’s just really important to make kids comfortable,” said Adrienne Saia Isaac the resort’s Marketing and Communications Manager.  “It’s not always the most inviting of sports for children.  We want them to be making memories and have a good time on the snow.”

Since the last terrain expansion in 2008, Arapahoe Basin has proposed the construction of the Beavers Lift, which will provide access to two new bowl areas with an additional 434 acres at the ski resort!  The proposal also includes the replacement of two chair lifts, construction of a zip line tour and complete removal of a lift!

Confirmation of the plan awaits the results of the Environmental Impact Statement (EIS).  The EIS analyzes future expansion plans and environmental effects to be expected by the project.  The statement will be released this fall.

For the time being, Breckenridge Ski Resort seems to be content with the Peak 6 expansion made in 2013 that added 540 acres of skiable area to the resort.  Further developments are being made this year to the newest ski area peak, including early season snowmaking endeavors!

“It’s remarkable, the positive feedback we’ve had from it,” said Breckenridge communications manager Kristen Petitt Stewart in reference to the Peak 6 expansion.  “It takes pressure off key pinch points, and has helped spread people across the mountain.  It’s been a great customer experience.”