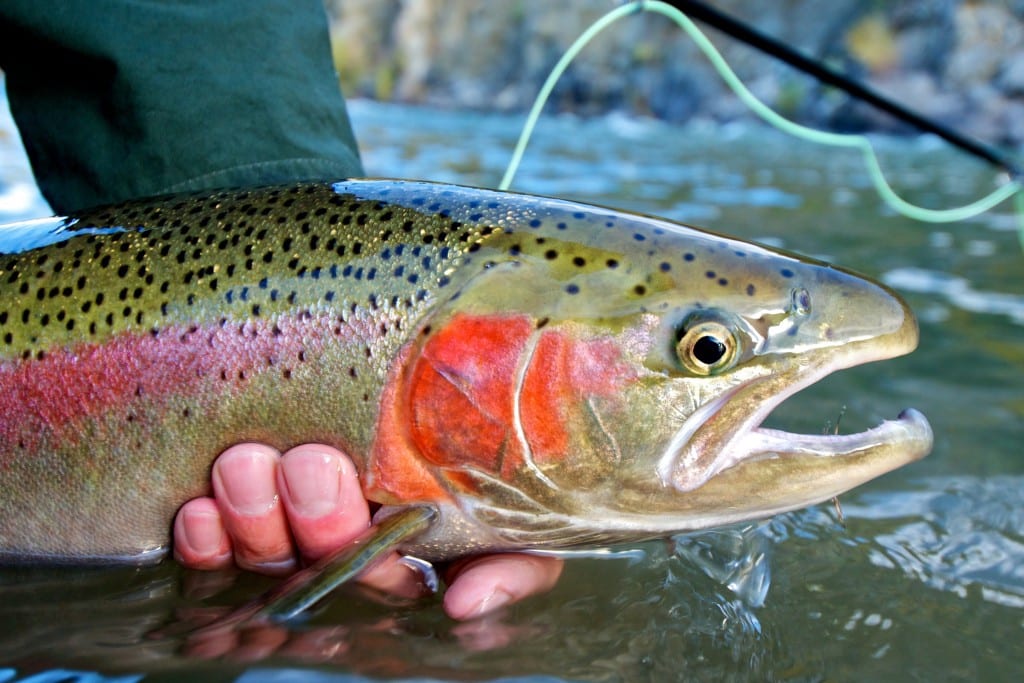 Colorado Parks and Wildlife, CPW, officials announced last month that the rainbow trout population is recovering in most major rivers!  Statewide, good-sized rainbow trout catches have been reported.  State emploees stock the rivers with additional trout, as well as other fish species, each year.  The ease in hooking a rainbow trout and the rigorous fight they exhibit makes this one of the more favorable catches by anglers.

The rainbow trout population was hit with the devastating whirling disease in the 1990s. Whirling disease causes skeletal distortion and neurological damage within the adolescent fish population.  Infected fish have difficulty swimming naturally and find themselves more vulnerable to outside predators.

Reports have shown that more juvenile rainbow trout are now popping up in streams and rivers around the state, providing evidence that the rainbow trout population is beginning to reproduce independently within their natural environment.  Today, fish stocking procedures will continue in order to provide the very best angler conditions.  Biologists hope to observe a significant decrease in the total number of fish stocked or complete self preservation as we move forward.

“It’s exciting because there were many, many years there — 20 years or more — where that did not happen,” said Jon Ewert, Colorado Parks and Wildlife fisheries biologist.  “You could look and look and look, and there was no such thing as a juvenile rainbow trout anywhere.”

The fishing industry accumulates $1.9 billion in economic contributions each year and creates over 16,000 jobs!  The 2015 CPW report stated that Colorado visitors and tourists cumulatively spent over 26 million days fishing in just 2014.  The popularity of this summer sport plays an extremely important role in the Colorado tourism economy.  Rainbow trout population recovery will only serve to benefit Summit County and surrounding areas in the future!