Summit County Colorado has the lowest cancer rate in the US 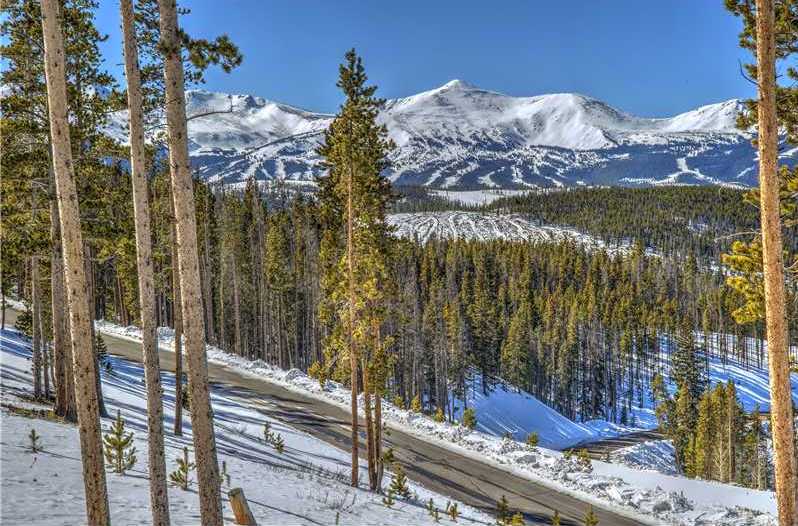 An extensive study published by the Journal of the American Medical Association found that Summit County, Colorado has had the lowest cancer mortality rate in the nation for more than 30 years.

Summit County had the lowest cancer mortality rates in the country in 1980, and still did in 2014 according to this new study.

Known for our beautiful ski resorts and high mountain peaks, Summit County also ranks no worse than third nationally in any of the study’s list of counties with the lowest death rates for 10 specific kinds of cancer.

In comparison, the nation’s highest cancer mortality death rate occurred in Kentucky and areas of the South.

Where you live matters

The study provides further evidence that where you live can help determine how healthily you live.

People living in the high-country are very active on a daily basis, typically don’t smoke cigarettes and eat a healthy diet.  This follows the national trend of cancer deaths being less common in areas that have lower rates of smoking and obesity as well as places where people eat a better diet.

Previous studies have shown that a place’s culture, affluence, climate and infrastructure can all affect a person’s well-being. Income is also believed to play a role.

This new report is exciting but not that surprising as Colorado’s ski counties have long been among the healthiest in the nation.

This is all great news for people living in the mountains of Colorado but nationwide, the trend is not like that of Colorado’s high country residents.

Pitkin, Eagle, Hinsdale, San Miguel and Grand counties all ranked in the top 10 nationally for lowest overall cancer death rate, while Routt, Mineral and Douglas — the only Front Range county mentioned in the study — also showed up in lists for the lowest death rates from specific types of cancer. 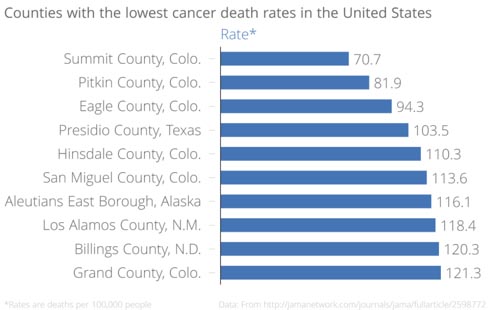 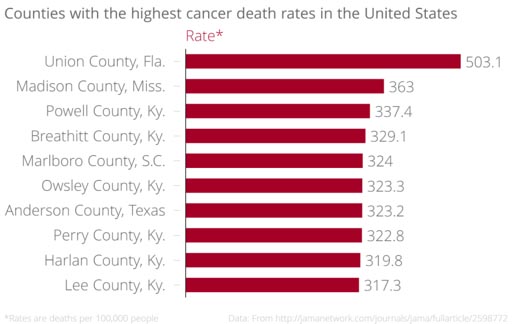 Among the more striking disparities:

— In counties with the highest 2014 cancer death rates, six of the top 10 were in eastern Kentucky. Six of the 10 lowest rates were in the Colorado Rockies.

— Death rates for breast and colorectal cancers increased in Madison County, Miss., and in 2014 were at least five times higher there than in Summit County, Colorado, where the rates fell. These are among cancers that can be successfully treated if detected early.