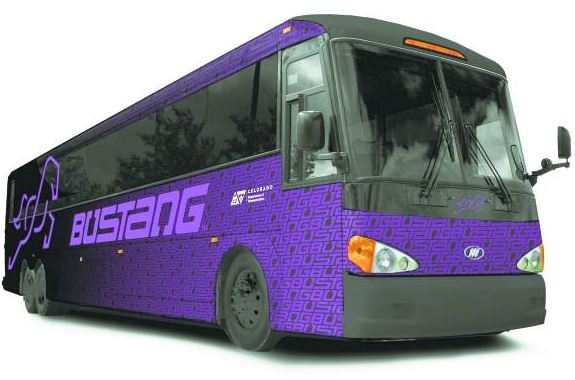 The Bustang bus service was created by the Colorado Division of Transportation, CDOT, to alleviate congestion on busy mountain corridors. The original schedule ran only Monday through Friday and was unavailable on the weekends. In response to the high demand from frequent riders, the Bustang bus service is now running on weekends as well!

“Bustang continues to help CDOT connect Coloradans to a multi-modal transportation system,” said Shalier Bhatt, the Executive Director at CDOT. “Expanding Bustang is one more option for those who want travel alternatives.”

The weekend service will offer one round trip bus route on both Saturdays and Sundays. This is the second expansion that has taken place for the service. The first also took place on the weekends and provided transportation between Denver Union Station and Colorado State University in Fort Collins.

“We’ve seen a steady increase in traffic congestion along the major commuting corridors in Colorado,” said Mark Imhoff, CDOT Director of Transit. “Bustang offers an affordable and comfortable alternative for those traveling to and from Denver during the week.”

The Bustang bus service stops at a number of popular mountain and city destinations along the way, including Vail, Eagle, Frisco and Denver. The three major service routes connect riders from locations all across Colorado, north to Fort Collins, south to Tejon and as far west as Glenwood Springs.

Each Bustang coach is comfortable and provides a wide array of amenities including restrooms, free WiFi, USB ports, power outlets and bike racks. The future plans for the Bustang bus service look promising and may continue to expand to other locations within Colorado!