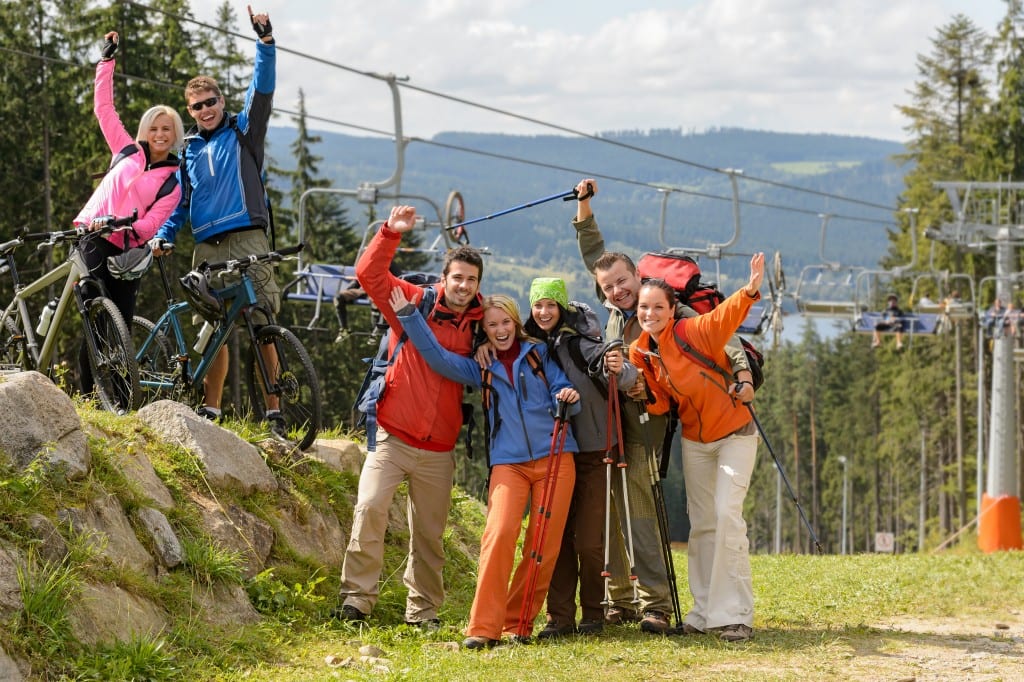 Breckenridge Ski Resort is adding new summer attractions after approving a plan that originated in 2013.  Vail Resorts has termed the new plan the Epic Discovery summer activities project for Breckenridge and will include new features along the mountain including zip lines, an observation tower, climbing walls and new hiking and biking trails!

“The activities are not all about thrill and adventure,” said the Forest Service’s team leader, Roger Poirier. “The project includes a number of interpretive and educational activities and exhibits as well.”

The new summer attractions fell under the resort’s Forest Service special-use permit as well as the guidelines of the 2011 Ski Area Recreational Enhancement Act. These guidelines allow ski resorts to expand summer projects while residing on public land.

The two work together to ensure more prosperous summer economies across ski towns nationwide, while making use of existing infrastructure such as chairlifts and gondolas. Breckenridge will be the third Vail Resorts mountain to begin the expansion process, following behind Vail Mountain and Heavenly in Lake Tahoe, California.

Although some local residents have voiced concerns about the future of the project, both the Forest Service and the resort will work together to ensure all guidelines and goals are being followed. Many summer attractions have already been eliminated from the program in response to community opinions.

Early figures are estimating that across 122 ski areas in the United States, an additional 600,000 national forest visits will take place from the summer expansion programs. This should equate to a gross of $40 million for summer mountain communities and an additional 600 jobs will be created. Unfamiliar grounds for this program may cause these figures to vary once the summer is in full swing!