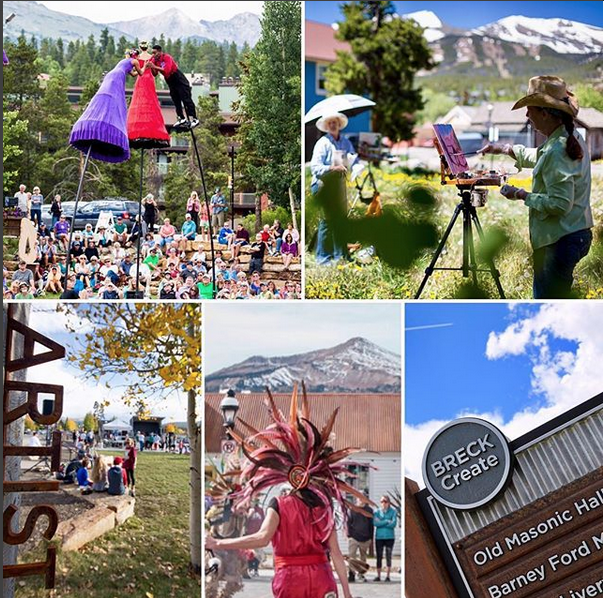 The National Endowment for the Arts (NEA) has approved $40,000 in grant funding for Breckenridge Creative Arts.

The NEA has approved more than $25 million in grant funding for the 2018 year.

This new project is designed to build-up the community through interactive, participatory public art at two major festivals held in Breckenridge, Colorado.

The two festivals are WAVE which is being hosted in June and the Breckenridge International Festival of Arts which is hosted by the town in August.  It will also be open to the public as a general art exhibit throughout the summer months in Breckenridge.

The Art Works category is the NEA’s largest funding category. Breckenridge Creative Arts was awarded the most out of any group, agency or organization in Colorado during the latest round of NEA funding.

The funding will allow Breckenridge Creative Arts to grow the quantity and quality of admission-free, public art installations and performances during signature festivals.

The upcoming Catalyst projects at the WAVE festival will run May 31st to June 3rd and will include pairs of ornate illuminated angel wings – complete with halos – from the Jerusalem-based OGE Group that guests can “try on.”

The other project will be a series of interactive see-saws from a group of Canadian artists.

Altogether, the NEA has announced 19 different grants worth more than $350,000 in Colorado alone.  Behind the BCA, the Denver Museum of Art received the second-highest grant award at $35,000.

On a personal level, we welcome you to stop by the Hot Shop located in the Breckenridge Creative Arts District on Thursday and Friday nights where Jared Clauer, Client Relations Manager at Real Estate of the Summit also works as a glassblower/lamp worker.  Jared can be found there on Thursday nights crafting demonstrations for curious patrons and Friday nights conducting classes.

To reserve your spot in a class, you can book online by visiting breckcreate.org.  Jared’s artistry can also be found in our office off the Beaver Run lobby on both sides of our interactive listings display.

For more on projects included in the NEA grant announcement, go to Arts.gov/news.