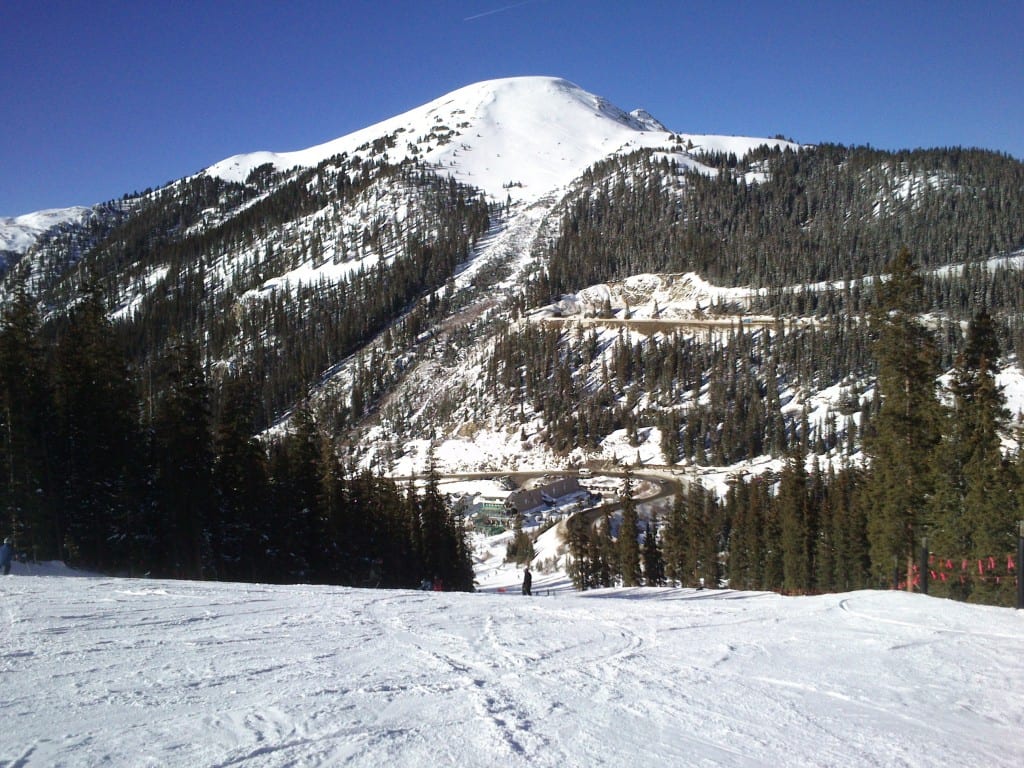 The Arapahoe Basin expansion is beginning to look like more of a reality after the White River National Forest released a draft environmental impact statement on Friday, February 5th.  The statement allows the ski area to move into the final stages of approval that will add an additional 958-acres to the operational boundary at Arapahoe Basin.

If the Arapahoe Basin expansion is approved, steep terrain known as the Beavers and Steep Gullies will be incorporated as a part of the resort, adding an additional lift to the expert terrain.  A 45-day public comment period is underway regarding the expansion plans and the Forest Service will address the comments by March 21st.

“We think this project is critical to the long-term success of The Basin,” said Alan Henceroth, the COO at Arapahoe Basin.  “We hope to maintain the quality of what The Basin is by adding more terrain to the mix, keeping the slopes uncrowded and the lift lines short.  We think people are going to love it, and we’re trying really hard to keep the culture and vibe the same but keep improving the experience people have.”

Both the Beavers and Steep Gullies contain dangerous avalanche terrain and have had a number of serious incidences in the past.  The Arapahoe Basin expansion allows the resort to implement mountain safety operations within the area and prevention measures will be taken for the now unmitigated drainage.

“They will provide more snow safety operations and ski patrol service for the area,” said Matt Ehrman, the Forest Service’s project leader.  “They are seeking to meet existing and future demand while not changing Arapahoe Basin’s distinctive skiing experience.”

The Beavers will be the first project that undergoes construction and is expected to take two summer seasons before it is completed.  The alpine steeps and remarkable tree skiing will not only add to the individuals experience but will also spread skiers around the mountain to minimize crowds.

Arapahoe Basin has included a number of other projects within the proposal after gaining the support from the Ski Area Recreational Opportunities Enhancement Act.  Summer activities that are still awaiting approval include the construction of a zip line canopy tour and a ropes challenge course.  Rather than constructing a top to bottom zip line on the mountain, Arapahoe Basin has opted for a less obtrusive, slower paced canopy tour that highlights views from the resort.

Winter improvements scheduled to take place include the replacement of the Molly Hogan and Pallavicini chairlifts and the removal of the Norway lift.  The resort predicts that the new features will enhance the quality of experiences, while adding to the long-term success and survival of the mountain.

For more information about the Arapahoe Basin expansion, please visit http://arapahoebasin.com/ABasin/mountain/master-development/default.aspx.  If you would like to give your input on the proposal, please visit https://cara.ecosystem-management.org/Public/CommentInput?Project=41664 to your comments!