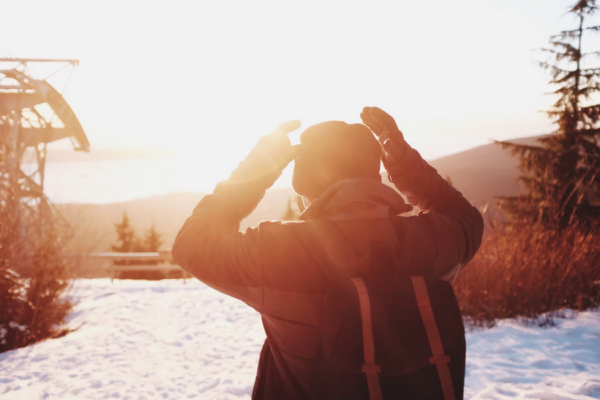 A “lifesaver” for skiers and snowboarders, Il Rifugio actually means “the shelter” in Italian. The bistro is inspired by the Alps and can only be accessed via chairlifts. Similar to a lookout tower high up in the mountains, the bistro rewards anyone who ventures up with breathtaking, wraparound views of the surrounding terrain.

There is a limited amount of geography extending above 10,000 feet in North America.  The large marjority is rugged mountains, uninhabited and undeveloped.  Within that realm exists ski resorts and infrastructure to support a business at such elevation. In Summit County, Keystone’s Alpenglow Stube and Der Fondue Chessel – two different restaurants within the same building are nestled at 11,444 feet.  Meanwhile Pioneer Crossing at Breckenridge Ski Resort can be spotted at 11,400 feet.

This isn’t the first time Arapahoe Basin has instituted high altitude dining.  In the past a ski patrol office building and small bistro sat 30 dinners, however the practice ended more than a decade ago.

With the opening of the new Beavers Lift and 468 acres of expanded terrain this season, it was the right time to cater to added skier traffic. The plan was to bring back high-altitude food service at the top of the mountain and this time with a better menu.

Il Rifugio restaurant is open seven days a week with service from 10:30 am to 2:00 pm. The menu includes hearty meat and cheese charcuterie plates, signature soups, salads, flatbreads, espresso drinks and desserts. The most challenging part about running a restaurant at 12,500 feet is the logistics. The Snow Plume Refuge building is unique in that it has no running water, draws electricity from solar panels and collects waste in composting toilets.

As Arapahoe Basin remain environmentally conscious, the restaurant can be supplied with minimal snowcat runs – two trips per week.  Significantly reducing the amount of paper and plastic trash that is generated at the top of the mountain. You owe it to your family, dine at Il Rifugio!