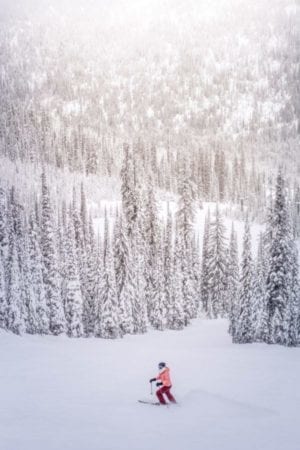 Breckenridge Ski Resort snowfall over 250 inches for the season

The winter snowfall is piling up across Summit County.  Boosting area snowpack at Breckenridge Ski Resort surpassing 250 inches for the season thus far!

Local ski resorts have seen fresh inches of new snow from the most recent round of natural wintery weather. Adding on top of a powder packed season that been cast as one of the best winters for Summit County in decades.

How good has it been?

The snowfall is incredible considering the resort didn’t reach 200 inches during the 2017-18 ski season until March 24th last year. Snowfall passing 250-inches in February is epic and a great way to enjoy the remaining 2018-19 ski season.

Short for ‘snow telemetry,’ the SNOTEL totals in and around Summit County reflect above average snowpack for the winter 2018-19 season. Spring-time specifically in March is typically the snowiest of the ski season and we look forward to more snow then.. As we swing into 2019, there is plenty of great skiing and ridding to look forward to this winter season.

The totals for snowfall measured is from the automated system operated by the Natural Resources Conservation Service of the U.S. Department of Agriculture. With hundreds of sites that have snowpack and related climate sensors across the west – SNOTEL is able to accurately document the current season and reflect on past seasons resorts as well.

There is plenty of uncertainty surrounding the remainder of the winter ski season, but there is a strong potential for ‘good snow’. This winter season feels more like a celebration! Vail Resorts might have to agree after extending its ski season through Memorial Day for the first time since the mid-1990’s!

Conditions permitting, Breckenridge parent company Vail Resorts also plans to extend the ski season for its sister property, Keystone Resort. Together, Breckenridge and Keystone will offer one of the longest ski and snowboard season in the county.