Sales Tax Revenue On The Rise 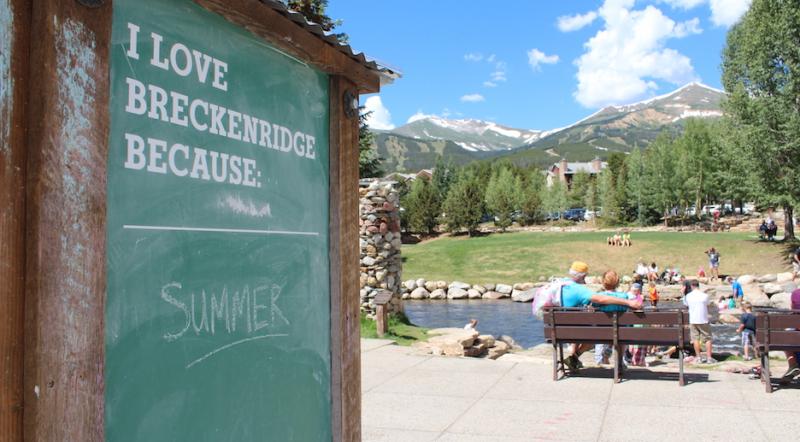 The summer months brought an increase in sales tax revenue across the board for Summit County, Colorado.

The numbers for the month of July show Breckenridge and Frisco brought in larger increases of 8.9% and 9.76% respectively, while Silverthorne had a more moderate year-to-date sales tax revenue increase of 3.48 percent.

The Director of Finance and Information Technology in Breckenridge, Brian Waldes states that they are seeing growth everywhere – further stating that the increase in revenue show no signs of slowing anytime soon.

The new Natural Grocers in Frisco, which relocated in May, had a big impact on the increase in sales tax for the month of July collected from grocery items. Frisco’s July grocery revenue saw an increase of $36,189 compared to last year.

Silverthorne saw a small bump in sales tax revenue for the month of July with a $19,594 increase in collections from last year. One of the categories where the town sees the largest amount of revenue is the outlet stores, which represent nearly 23 percent of year-to-date sales.

Short-term lodging in Breckenridge saw a nearly $2 million increase in July’s taxable sales. While summer months don’t bring in nearly as much revenue as winter, their growth rate is higher. July 2016 saw a 23 percent increase in revenue from the previous year, whereas January of this year brought in an increase of 13.95 percent.

Hotels, inns, and bed & breakfasts brought in $32,987 in Frisco during July. Following the trend of the rest of the county, the town saw an increase in year-to-date lodging as well, which fell just under a 10 percent bump.