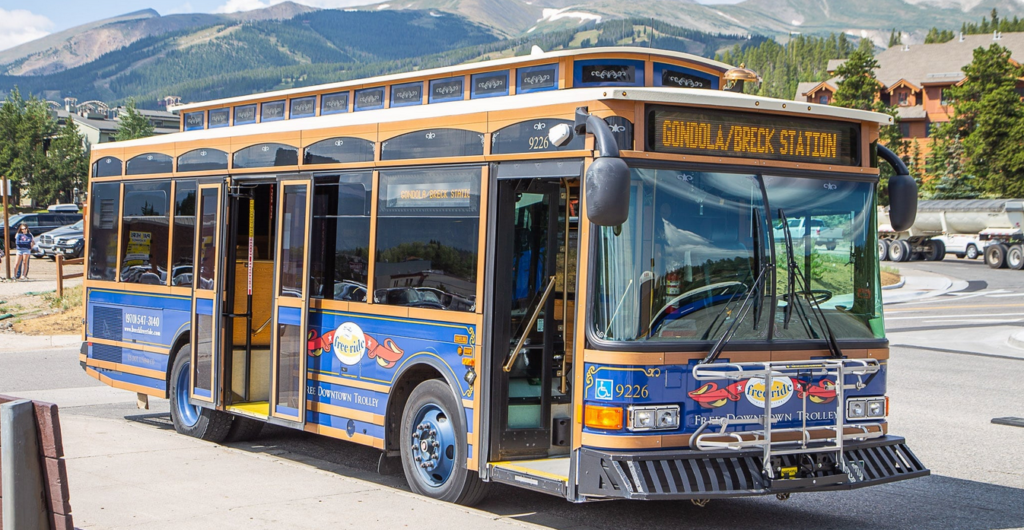 The two new electric buses were purchased through grant money given to the town of Breckenridge and Summit County in 2018 by the Federal Transport Authority.  Currently, one electric bus is being tested and used for mechanical and driver training.  The two electric buses are both scheduled to be added to public transportation routes by the second week of September.

Breckenridge is aiming to encourage visitors to take advantage of the unique proximity the ski town is to the slopes and to not bring cars into Breckenridge when they visit. The idea is feasible because of the shuttles equipped to drive in the mountains bringing visitors to and from the Denver International Airport. Once visitors arrive in Breckenridge, gondolas, free bus systems and multiple walking paths make everything in town accessible.

Additionally, the electric buses enhance the opportunities to achieve major town goals in the climate action plan.  A major part of the climate action plan is to reduce emissions by 25% by 2030 and 91% by 2050.  The new electric buses might seem like a small step in the right direction toward positively impacting climate change.  However, they will prevent approximately 229,167 pounds of carbon dioxide emissions annually. The new electric buses are larger than the current busses, allowing them to transport more people in a single trip.