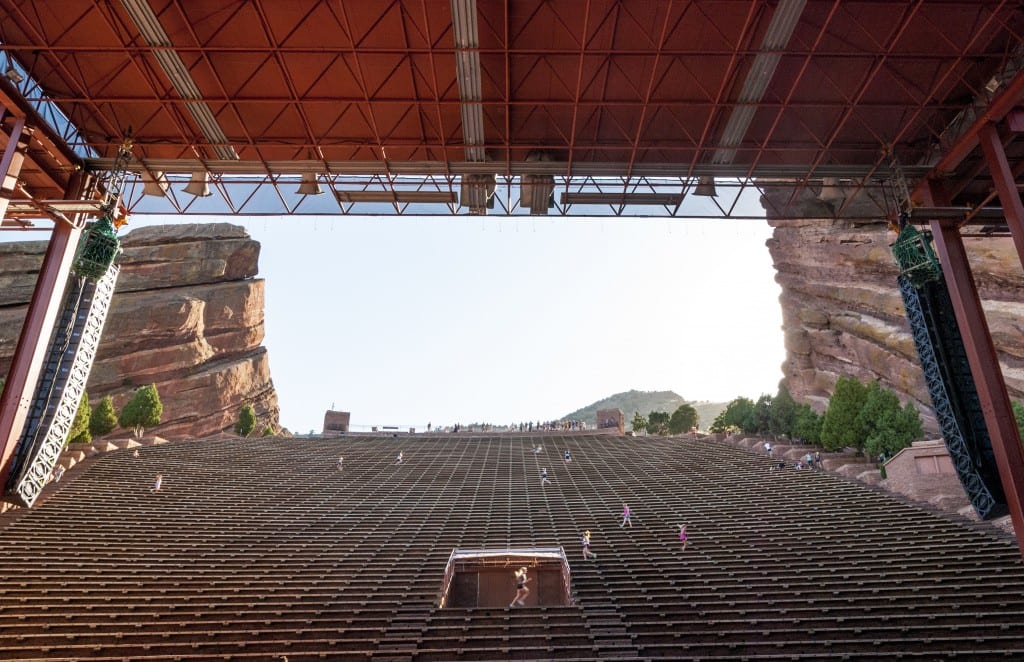 On Tuesday, the National Park Service named Red Rocks Park in Morrison, CO a National Historic Landmark!  Known for the natural occurring amphitheater, the park stands at 6,450 feet above sea level.  The towering red sandstone dates back to prehistoric times and the open-air amphitheater is extremely unique and incomparable to anywhere else in the world!

Gradual earth movement caused the rocks to rise over time creating great sandstone ledges.  The enclosed red rocks provides acoustic perfection for the summer concert series and attracts visitors from around the world.  The park has hosted some of the most successful musicians in the industry, including The Beatles, Sting and The Grateful Dead.  This year over 125 concerts will take place in the park, setting yearly record highs!

“This designation reinforces Red Rocks Park and its remarkable landscape of red sandstone monoliths as a true icon for Colorado,” said Governor John Hickenlooper in a statement.  “It’s renowned as the only naturally occurring, acoustically perfect amphitheater in the world, and the diverse landscape attracts thousands of outdoor enthusiasts and even dinosaur fans.  The Mount Morrison CCC camp is another historical treasure in the park, and one of the few surviving camps in the nation.  It’s the perfect time to rediscover the park, see a show under the stars, and enjoy all it has to offer.”

Daily activities are also available within the park, such as biking, exercising and hiking opportunities!  Independently explore 868 acres of geological wonders or partake in one of the daily exercise classes.  Yoga and fitness challenges are available each week.  For more detailed information on classes and activities, visit http://redrocksonline.com/the-park/recreation.